Metro Bank in the Philippines

Metropolitan Bank and Trust Company, or briefly Metrobank is one of the leading banks in the Philippines and the second largest in the country. It provides a wide range of financial services and banking products for its clients all over the Philippine Islands as well as worldwide.

Being founded in 1962 at the initiative of a group of businessmen, Metrobank came a long way to become one of the main banks in the Philippines area. Today it has the reputation of stability, It was established in Binondo, Manila and a year later the first branch appeared in Divisoria and from that times started to expand beyond the Philippine Islands offering its services mainly to Filipino-Chinese community. Then the first international branch appeared in Taipei in the beginning of 1970s and an office in Hong Cong as well. It was even the first private bank to come to the United States of America, opening its branches in big cities such as Los Angeles and New York.  The first office on the American territory was opened in Guam. In 1983 Metrobank topped private domestic bank in total resources with P 8.8 billion. Later it increased its authorized capital stock to P5 billion. Metrobank established Toyota Motor Philippines Corporation together with Mitsui Corporation. One of the most well-known charity organizations – Metrobank Foundation, was established by the bank as well.

By the end of the 20th century, Metrobank became the largest bank in the industry, the first local bank that was able to raise supplementary capital overseas. Currently it’s not only domestic bank, but a huge company with branches all over the world – in Great Britain, China, South Korea, Japan.

It has a number of competitors, such as Banco de Oro, bank of the Philippine Islands. One of them is in charge of loans, assets and deposits, the other one is the oldest Filipino bank. Both of them are among the largest banks in the Philippine Islands. Despite the fact that the competitors are very powerful and strong, the Metrobank easily maintain financial stability and moving forward when it comes to financial progress. Its success is the indicator of how well the country is doing at the moment, though the market is constantly changing. The priority of the bank is their clients who receive all the necessary treatment. It became partners with many companies not only in the Philippines, but around the world as well. The number of its clients rose dramatically and today consists of well-known companies and the bank shows its loyalty through everything. As a part of Philippines Deposit Insurance Corporation it provides its clients with a number of services – deposits, foreign exchange, insurance debit cards, remittance, escrow.

Metrobank has its own app. It was made for the convenience of its clients in order to make banking easy and 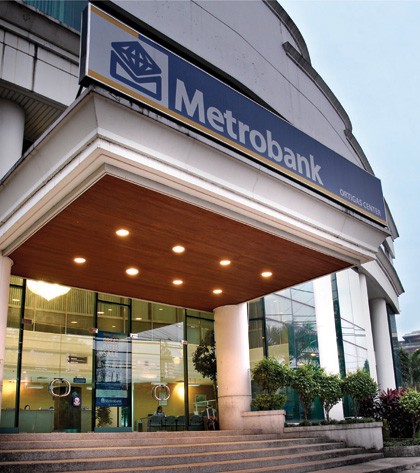 approachable. One can use a card (both debit and credit) to activate an account without going to the bank building or searching for ATM and have an access to the whole range of services. Giving the benefit of the app, Metrobank makes a step forward computerization.

Ownership of the Metrobank

What concerns the ownership of Metrobank it was divided the following way:

The smallest part of Metrobank’s shares belongs to its officers – 0.003%

Main branches and ATMs of the Metrobank

Today the number of branches of the Metropolitan Bank and Trust Company is more than nine hundred. One can find them not only in Asia – Seoul, Japan, Taichung, Shanghai and Nanjing, but in Europe as well, it has a branch in London. All in all the bank used to have 760 branches in the Philippines, now a number has risen to 95 and 37 representative offices abroad. It works seven days a week, what means that Metrobank is always meet the requirements of its clients. In 1990 it opened the first talking ATM in the Philippines Islands – Metrobank E. T. 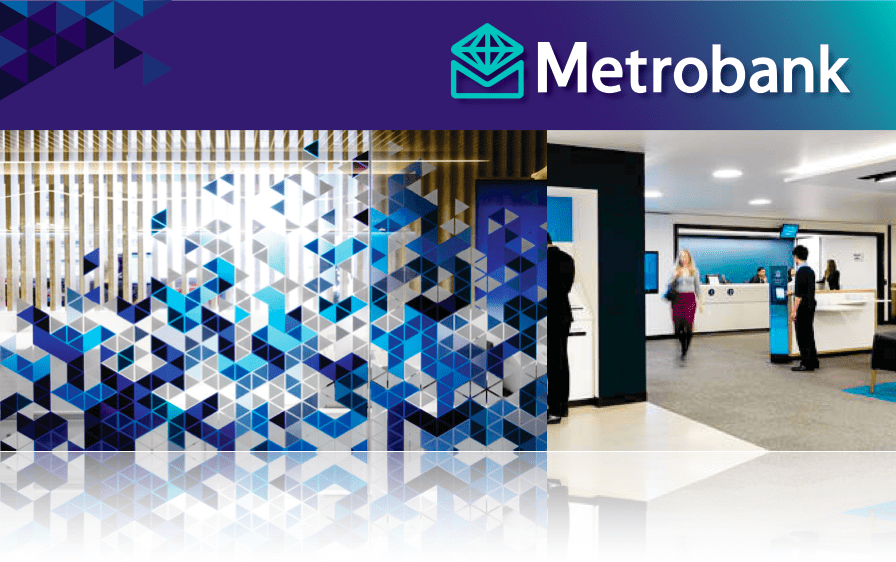 Since that time the number of ATM’s is constantly increasing and today it’s about 2300 of them. Alongside with Banco de Oro, Security Bank, China bank and others it is a part of Bancnet – a network formed by eight banks. Currently it allows access to millions of Chinese cardholders. What is more, you can easily use your Metro Bank Credit card wherever you see MasterCard logo. For more convenient use, there is a branch and ATM’s locator on the official internet page of Metropolitan Bank and Trust Company. Everything you need to do is to enter your search criteria such as province, city, town or municipality and street. The locator will help you to find the nearest ATM or the branch of Metrobank.

What are the eligibility requirements to apply for a housing loan?

To apply for a Metrobank Housing Loan, applicants must meet the following criteria:

Land-based must be a technical or administrative staff/officer

Sea-based must be in an officer rank

What are the documentary requirements required?

Can I buy a property even outside Metro Manila?

How can eCompareMo help me to get the best Home loan Deal?