Equicom Saving Bank is a large savings bank, founded on September 29, 2008. The bank is a member of Equicom Group, in which Antonio L. Goh owns a huge part of the shares. In 2018, this financial institution was ranked among the top twenty savings banks in the Philippines.
Equicom Saving Bank focuses on small and medium enterprises as main consumers. It is the first bank to receive the Pagtugon Award from Bangko Sentral ng Pilipinas (BSP) This is because the bank is known for responding to customers’ questions or problems with great support.
The bank has a strong market presence in the country. This is because it conducts its business openly and with trust. In addition, the bank also has close relationships with other Equicom Group companies.
This has helped it to grow and develop and it has 10 branches in the country. Equicom offers consumers various services such as consumer loans, cash management services, fund management, business loans and corporate loans.

History of the Equicom Savings Bank

Mr. Go was the former chairman of Equitable PCI Bank and also the founder and president of the Equitable Card Network. He is now the chairman of Equicom Savings Bank Board and Mr. Rene J. Buenaventura is the Vice-Chairman.

The Equitable Card network was established in 1989 and through it, the Equicom bank has grown.  The institution has made the bank to be one of the leading credit company and also a card issuer.  The bank has four major global credit card brands which include Visa, MasterCard, American Express and JCB. This kind of service has made the institution to be ranked as one of the best banks in the country.

Main branches and ATMs of the Equicom Savings Bank

Equicom Savings Bank is one of the prominent and fast raising institutions in the country. Since its conception in 2008 the bank has grown and now has its market share. This has seen the institution expanding and opening more branches to reach its consumers.

The bank has its main offices at Makati and the rest which is seventeen branches are spread in Luzon, Mindanao, and Visayas. Equicom has also deployed various ATM’s in the regions. There are 20,000 ATMs available countrywide hence one can access the bank services easily.

If you are a cardholder be assured of accessing one of the 20,000 ATMs. Additionally, the bank has also established its market in the world hence can use the ATMs services from over one million VISA Plus ATMs worldwide.

Ownership and owners of the Bank

Apart from being a financial institution, the bank has also entered the real estate business. This is where Equicom sells house to the consumers at an affordable price. There are two categories of houses according to the bank.

There are those houses that are under the yellow color which means the houses have been transferred to the bank from the owner. This is after all the legal papers have been check and approved.

On the other hand, some houses are under the white color. This shows the houses are still undergoing the clearance process before being put out in the market. Therefore you need to know what the house you are about to buy is under which color.

The controlling interest of the Bank is held by Antonio L. Go. He is chairman of the board of directors. 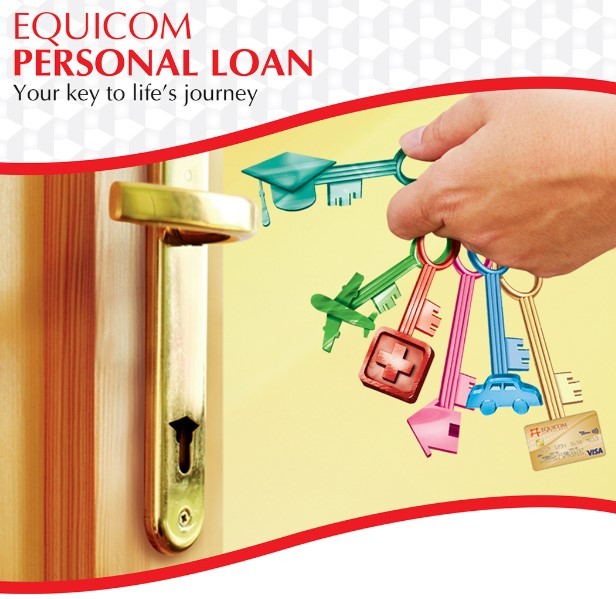 What are the required documents for Equicom personal loan?

What are the requirements for employed person?

What are the requirements for self-employed person?

You may pay your monthly amortization via post-dated checks.