Are you looking for a short term or long term personal loan? One that can approved within 24 hours? Then CTBC is the bank for you.
The bank offers personal loans that are more flexible and at lower interest rates. The minimum amount of cash you can borrow is PHP20, 000.00 and maximum PHP1, 000,000.00. The period to repay the loan runs from 12, 18, 24 and 36 months.

The interest rates are also flexible to ensure you don’t strain your finances. Chinatrust bank has an interest rate that starts from 28.28%, however, this will depend on the loan terms. On the other hand, there are monthly add-on rates that range from 1.39% to 1.79%. This particular interest rate cuts across all loan terms. 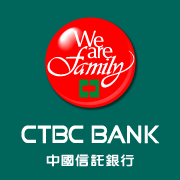 The bank is a trusted institution that deals with commercial and retail consumers nationally and internationally. CTBC bank is the first largest financial institution in Taiwan and provides various services to the consumers’ such as deposits, securities, loans, cash equivalents, debt investments among other banking services. The banks are a subsidiary of Tokyo Star Bank, CTBC Bank (Philippines) CTBC Bank Corp. (Canada), CTBC Bank Corp. USA and others.

Chinatrust Bank was founded in 1996 and it was known as China Securities and Investment Corporation. Later in 1997, the name of the firm changed to Chinatrust Investment Company Limited. The bank continued growing and in 1992 the change its name to Chinatrust Commercial Bank.

To maximize and make their operations more effective the firm merged with Grand Commercial Bank in the year 2003. The bank later acquired the Fengshan Credit corporation in 2004 and then in 2007 they bought Enterprise Bank Hualien. CTBC merged with the Chinatrust Bills Finance Corporation in 2008.

These particular deals have made the bank to grow and have a larger market share. In 2013 the bank continued to expand and in the process, it also acquired the Tokoyo Bank Limited. Today the bank is the sole owner of the Tokoyo bank having 100 percent of the shares.

CTBC Bank has grown and it was even awarded as the Best Bank in Taiwan by international professional agencies. The bank was also recognized b Global Finance and Asiamoney as the Best Foreign Exchange bank. The bank has so fur be named the Best Wealth Management Bank in Euromoney for the 11th time.

Ownership of the CTBC Bank

CTBC has NT$ 1.73 trillion in deposits and on the other hand, it has assets worth NT$ 2.26 trillion assets.

Owners of the CTBC Bank

The President and Director of the Bank is Alberto Emilio V. Ramos. He has been working in the financial industry in various management positions for over 30 years. A graduate of the De La Salle University in Manila with a double degree in Political Science and Marketing Management, he also holds a Master of Business Management (MBM) degree from the prestigious Asian Management Institute (AIM). Mr. Ramos has served as Director and President of the China Savings Bank (SSBC) since 2011. Prior to that, he headed the Private Banking Group of China Banking Corporation (China Bank), the parent corporation, and served as Executive Vice President.

Main branches and ATMs of the CTBC Bank

The main branches are in Taiwan, Southern California (USA) and Canada. The bank has 147 branches in Taiwan and 100 branches overseas. The Island has a total of 5, 184 ATM’s.

Eligibility Criteria for a self-employed borrower

Eligibility Criteria for a salaried borrower

*At the beginning of the loan term, the age of 61 to 65 years may be allowed if the employer confirms that the retirement age is 65 years. Borrowers who have reached the age of 60 at the end of the loan period must also provide a photocopy of the loan life insurance document.

Requirements for a self-employed borrower

Original copies of the requirements may be required prior to loan release. Other documents may also be required by the Bank.

Requirements for a salaried borrower

Original copies of the requirements may be required prior to loan release. Other documents may also be required by the Bank.