Citi Bank in the Philippines

Citibank Philippines is the Philippines branch of Citibank, US global bank Citigroup Inc. with headquarters in New-York, which is global banking company as well as financial. It provides the wide range of financial services. This article touches upon the history of Citibank, its ownership and branches. We will provide you with all information necessary in terms of ATM’s of the Citibank.

Established in 1902 by the International Banking Corporation, today it plays a key role in shaping the financial infrastructure of the country and building strong economic development.  Since its opening in Manila, Citibank came a long way and became the most influential commercial bank in the history of the Philippines. From 2004 to 2010 it was repeatedly named Philippines Best Consumer Internet Bank. 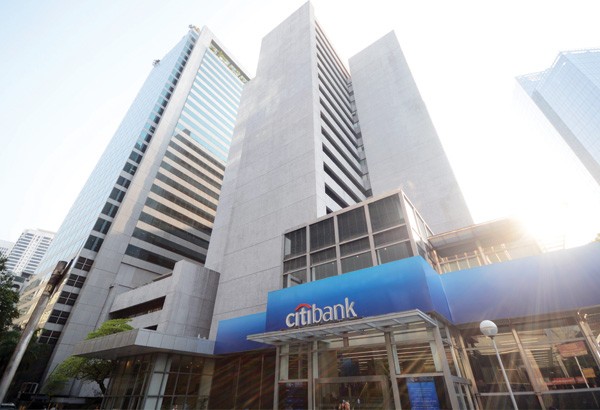 Later it received the status of the best bank for investment advice and best foreign bank twice in 2009 and 2010. With 4200 employees and  1,2 million card holders (and the number is still increasing), it was the first to offer SMS banking service on a credit card in 2008 so as the cardholders could make charges via mobile phone. From 2008 people was managed to do prepaid shopping in the Internet and pay for the goods without leaving their house.

In 2012 Citibank installed an automated teller machine, which allowed their clients to conduct various transactions from checking an account balance to paying bills. Since that time their clients was enabled to withdraw in two currencies – Philippine pesos and US dollars. Apart from that, Citibank has a high daily withdrawal limit.

Being a member of the Philippine Deposit Insurance Corporation (PDIC), alongside with the operation with deposits, savings, loans, provides its clients with the following services:

According to the Chief Executive Officer (CEO) of the Citi, Michael Corbat, all of the services above enable growth and economic progress of the country in terms of assets and profitability.

Ownership of the Citibank

Bank in the Philippines is a branch of Citibank N.A., a national banking association organized under the laws of the United States of America. Citibank N.A. is wholly-owned by Citigroup, Inc., a bank holding company association organized by the United States of America and existing under its laws as well. Citi Philippines is currently registered and authorized by the Philippines  Securities Exchange Commission act as a Government Securities Eligible Dealer (GSED). A Citi Country Officer (CCO) is a head of the organization; he is in charge of managing and overseeing its businesses of different kind. Citi bank is the only foreign bank which permanently ranks among the top 10 commercial banks in the Philippines.

Main branches and ATMs of the Citibank

Citibank has a number of branch locations in major cities in order to make banking more accessible.  Currently, the bank has three branches located at Makati, Metro Cebu, San Juan City. There used to be five of them in Makati, Libis, Metro Cebu, Greenhills, Binondo and Alabang, but with its moving forward towards digital banking , only three of them left. Branches of Citibank offer a wide range of banking services, everything from withdrawal to financial analysis.

Citibank owns about 20.000 ATMs worldwide, with which help you can withdraw money in any currency, either Dollars or Pesos, with the limit of $3000 a day, pay your utilities, bills, and loans, find your last 10 transactions and many other operations. It is a part of the largest ATM network in the Philippines, BancNet . Citibank provides its clients with modern safe parkings so as to make banking more convenient and approachable. What is more, you can easily use your card free of charge on any ATM in the Philippines (e.g. Expressnet and MegaLink ATMs ) or any international Citibank ATM (you may find them at the back of the card).

There are ATM’s in the Central Square BGC on High Street and Shangri-La BGC in Taguig City.

Pasay City has three of them – one in Sofitel Hotel, another situated in NAIA Terminal 3 in the Departure Area and the last one in the Embassy of the United States of America at Roxas Boulevard.

What are the required documents to apply for a Citibank personal loan?

What are the eligibility requirements for Citibank personal loan application?

How do I claim my Citibank personal loan proceeds?

Can ofw apply for personal loan?

Of course! You can send message in [email protected] and ask fresh rates of OFW for 2021