Get approved in 10 minutes!

Get approved in 10 minutes!

CIMB (Commerce International Merchant Bankers) is a Malaysian universal bank and its headquarters are located in Kuala Lumpur. CIMB is the world-leading Islamic finance institution and the 5th largest banking group by assets in ASEAN.

The bank offers services such as investment baking, Islamic banking, asset management products and services, consumer banking among others. In 2018 the Asian Banker crowned CIMB as the Best Retail Bank and also Malaysia’s Best Digital Bank for 3 consecutive years. This can be seen through the institution expanding its reach to 18 countries and has 40,000 employees. 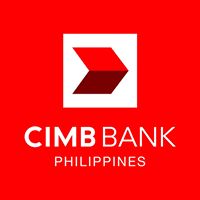 It operates under various names and titles such as

History of the CIMB Bank

The bank was founded in 1924 as Bian Ching Bank and over the years the bank merged with other institutions. This resulted in the bank being called CIMB Group in 2006. The banks that joined include Southern Bank, Ban Hin Lee Bank, United Asian Bank, Bank Lippo, Bumiputra Commerce Bank, and Bank Niaga.

In 2003 the bank was listed on the main board of Kuala Lumpur Stock Exchange. Also in the same year, the CIMB Islamic was established.  A year later the bank acquired 70 percent of Commerce Trust Berhad (CTB) and Commerce Asset Fund Managers Berhad (CAFM). This particular move led to the formation of CIMB-Principal. This was a joint venture with the Principle Group of the United States.

In 2005 CIMB bank also acquired Singapore based G.K. Goh which led to the formation of CIMB-GK, CIMB’s international investment banking. Later in 2006, the new CIMB Group was known as a universal bank. In the same year, CIMB Group was launched by the then Prime Minister of Malaysia.

The bank continues to expand its presence in the global market. The institution opened branches in the USA and Thailand in 2007. Later In 2008 CIMB group had an agreement with Bank of Yingkou to have a 19.99 percent stake. This particular move added the mainland china into the group.

In the same year, the firm was still expanding and acquired the PT Bank Niaga TBK and also PT Bank Lippo Tbk. This move made the institution the sixth-largest bank in Indonesia.  Still in this particular year, the CIMB Group and the Principal Financial Group launched the CIMB-Principal Islamic Asset Management.

The Group also agreed with the Financial Institutions of Development Fund. The agreement was to purchase 42.13 percent of shares in the Bank Tai Public Company. In 2009 The CIMB Islamic and CIMB Bank moved into a new headquarters which housed CIMB Group’s consumer banking franchises.

CIMB Thai was launched and a new brand and log were unveiled to the public in 2009 as well. That was part of the project and later in September, the Group established retail banking services in Singapore. This was a project that was done through the CIMB Bank Singapore. In 2010 the Group also opened it is a branch in Cambodia and today it is the world’s largest Islamic banks.

Main branches and ATMs of the CIMB Bank

Having been the largest firm in the world it has various branches. CIMB has made a name for itself to ensure the consumer has a good experience regardless of where you are in the world. The bank has 13 branches across the globe.

However, there are four main branches in Indonesia, Thailand, Malaysia, and Singapore. Regardless of the branches the institution is growing and expanding its presence in the Philippines and Cambodia.

Malaysia is the largest market where the CIMB Bank has established its roots. There are over 294 branches in the country. Additionally, 2,199 ATMs ensure you access the financial services anytime and anywhere.

In Singapore which is the second market that the bank has dominated. CIMD has two branches and 6 ATMs. On the other hand, Cambodia has 10 ATMs and seven branches.  The bank also has 1,749 ATMs and 901 branches in Indonesia while in Thai it has 157 branches and 533 ATMs.

Ownership and owners of the CIMB Bank

CIMB Group has been listed on the Main Market of Bursa Malaysia from 1987. This is because the firm has a market capitalization of RM38.7 billion. In the 2015 evaluation was done it showed the group has total assets amounting to RM461.6 billion. Additionally, the institution has total shareholder’ funds amounting to RM41.1 billion and a total Islamic assets of RM70.7 billion.

– Must be a Philippine citizen

– Must have a Philippine mailing address and active local mobile number

– Must have a minimum gross monthly income of PHP15,000

– If employed, must be tenured for at least 6 months or 1 year of continuous employment

– If self-employed, must be operating for at least 1 year.

– Documentary Stamp Tax will be deducted from loan disbursed – PHP1.50 per PHP200 loan (fraction of)

– Up to 10 minutes initial approval

Does this bank have a mobile app?

What are the advantages of a CIMB Bank Personal Loan?